Bart Jackson’s second edition of CEO of Yourself – Getting Down to the Business of Your More Rewarding Life has hit the top of Amazon’s Best Seller in three categories as well as being listed in the top 50 in other Self-Help and Business categories.  Tonight, Nov 12, Bart will be hosting a virtual book launch featuring a gathering of notable guests sharing their insights on this work and aspects of self-mastery…with many participating in a joyful roast of the author.

CEO of Yourself is available in hard copy and digital forms on Amazon. 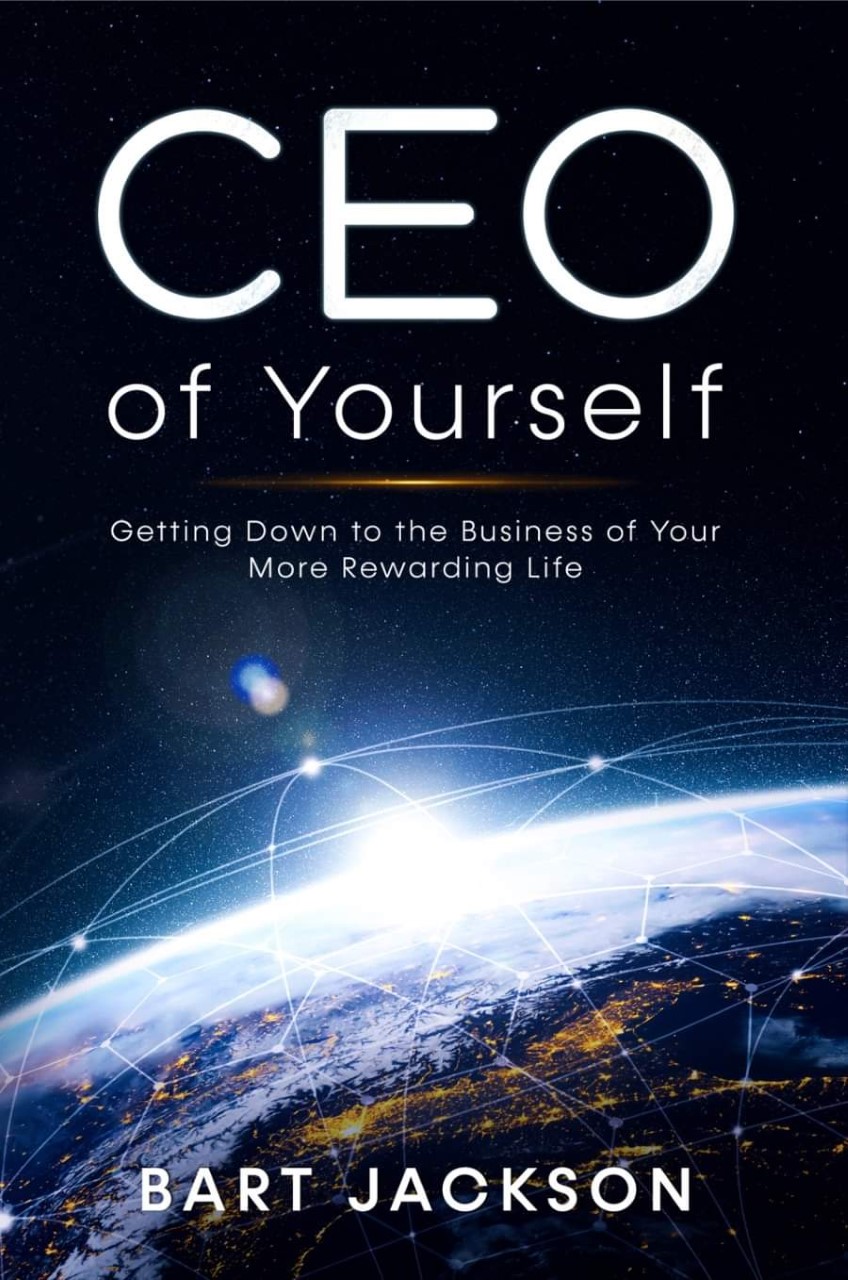 This is your Complete Sourcebook of Business Humor 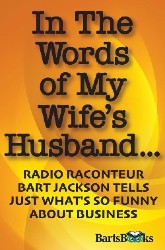 In The Words of My Wife’s Husband – BartsBooks

Recently, America has replaced Humor with Hate as its emotion of choice.  We hate immigrants or those who hate immigrants.  We pour forth our ire on anyone who offends feminists, or those who loathe feminists. Every new word or deed sets our wrath on edge, and ignites our short fuse to a tirade against “the other side.”  With teeth clenched, we rant against a mindless virus – those setting up vaccines to fight the virus – and those not responding to the virus exactly as we know they should.  (You know, those irresponsible/paranoid idiots.)

Disrespect has blossomed from an occasional noun to a frequent, very active verb.  You’ve got to be ever on the watch against those who describe our race or one of those races we favor. They are most likely denigrating bigots – all of them.

And the media loves it.  They fuel our rage and titillate our hate with tales of president past or current – and we angry supporters, in turn, fuel their circulation numbers.  And when we lapse exhausted from disrespecting all of the above, we hunt in search of new targets worthy of our juggernauting enmity.

Now, I could give you my own rant about the danger of spewing venom within and without – how increase of destruction grows with what it feeds on, but you already know that.   The addictive quick high of rage crashes the spirit into ruin – you don’t need me to tell you.

So why revel in this Hades of Hate?  And no.  Don’t you dare tell me that the devil (in the guise of divisive media or politicians or plague) makes us do it.  Frankly, Scarlet, that just ain’t so.  Their acts and words may instinctively prick your spirit and even spark some brief anger, but the choice to harden your heart and carry the scowl of hostility on into the day…That is your choice alone to make – and dispense with.

And the good news?  More and more folks seem to be joining me in opting for humor.  When my wife inspired me to pen & publish the joke-laden “Vax Envy Fight Song” about the Covid-19 inoculation process, and when my second-wisest counselor, Carol, asked me to make a series of laughable quips about our current circumstances, all of you greeted them with refreshing enthusiasm.  And I will bet ten cents of my own money that America will rapidly turn the corner, nix the hate, and re-turn to our romance with humor.  So allow me to invite you all to join me in this joyful trend.  Set your search engine for something funny, some common, laughable point of humanity, and take it to heart.  Then share it with a friend and watch her smile.

Doctor, Doctor won’t you please save me first and get me to the front of the line?

That is the sound of Fairleigh Dickinson University students brainstorming how to re-forest our planet with one trillion (yes, trillion) more trees.

I know it’s traditional to look at the upcoming generation and fear for the future of our world.  But let me assure you there seethes an energy, idealism, and creativity in today’s college students unequaled in many decades.  Yesterday, FDU professor Gerard Farias invited me to speak to his “Managing Enterprise and Organizations” class.  As part of the course, the students select some social need and create an enterprise aimed at fulfilling that need.  These students have begun engineering a venture that will provide computers to computer-less young people so they may attend schools online.  I challenged them with trillion-tree project, which is currently being undertaken and by social entrepreneur Roland Schatz (with astounding success.) These students’ enthusiasm and depth of thought, along with their unabashed optimism struck me forcefully.  Having sat through many a “creative” session with businessfolks twice their age, I have seldom felt such positive hope.  ‘Twould not surprise me to come across some of these individuals in the future as candidates for the Prometheus Social Enterprise Awards.  So allow me this simple observation: whatever our generations have done to bring us to our present condition, we need not worry.  Hot on our heels is coming a horde of freshly inspired successors dedicated to making things a lot better. 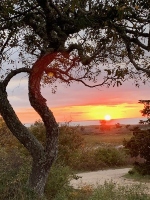