The problem is that my Thanksgiving Thankful List is like my elevator pitch – unless the elevator is running from Boston to Baltimore, I never have enough time.  SO… instead of boring all my relatives at the feast table with my blessings, while they are salivating for turkey, I thought I’d share a few of the angels who continue to brighten my days.

– Most recently, when that hefty tree fell across the road blocking our path home yesterday, I thank the nameless fellow motorist who helped me sweat & wrestle it off to the side…couldn’t have done it without you, pal.

– When the media tries to terrify me with tales of shootings, I think of John whose personal crusade and clever dedication have lowered gun violence in Yonkers by 86 % – and still counting down.  (John gave up his scholarship to Julliard to work for the Salvation Army and YMCA.)

– Kudos to Katie in Haiti – the medical doctor who has founded a clinic in Haiti’s rural northwest that provides healing, food and hope to the poorest of the poor.

Oh, and thanks to Lorraine who brought awareness of Katie’s work, by hosting a multi-church fundraiser for the cause.

– When newspapers gleefully portray the gore of battle, I catch the news from Mel who founded the NonViolent Peacekeepers and learn of the latest war-torn regions into which he’s sent unarmed peace keepers to halt the rape and slaughter of civilians.

– And special hats off to Orondaam for our lunch at Social Enterprise Summit, where he explained how, from his Nigerian homeland, his Slum2School enterprise has built schools, funded teachers, and awarded scholarships, giving education to tens of thousands of young people trapped in Africa’s poverty stricken regions.

– Then, of course, I thank the frenziedly active Dale, whose Entrepreneur Zones venture is helping distressed communities across the nation bootstrap their way out of hopelessness.  (He’s even honored me with the ability to pitch in and help.)

I’m just getting wound up, but this elevator is not running to Baltimore.  So allow me one more note of thanks to the bedraggled band of New England Pilgrims who in 1620, with half their members dead after the first year in the New World, found reason and energy to raise their hands to heaven and give thanks.  And this year we all still follow that tradition.  My we each find the embers of hope this thanksgiving and perhaps labor a bit to blow them into a warming flame. 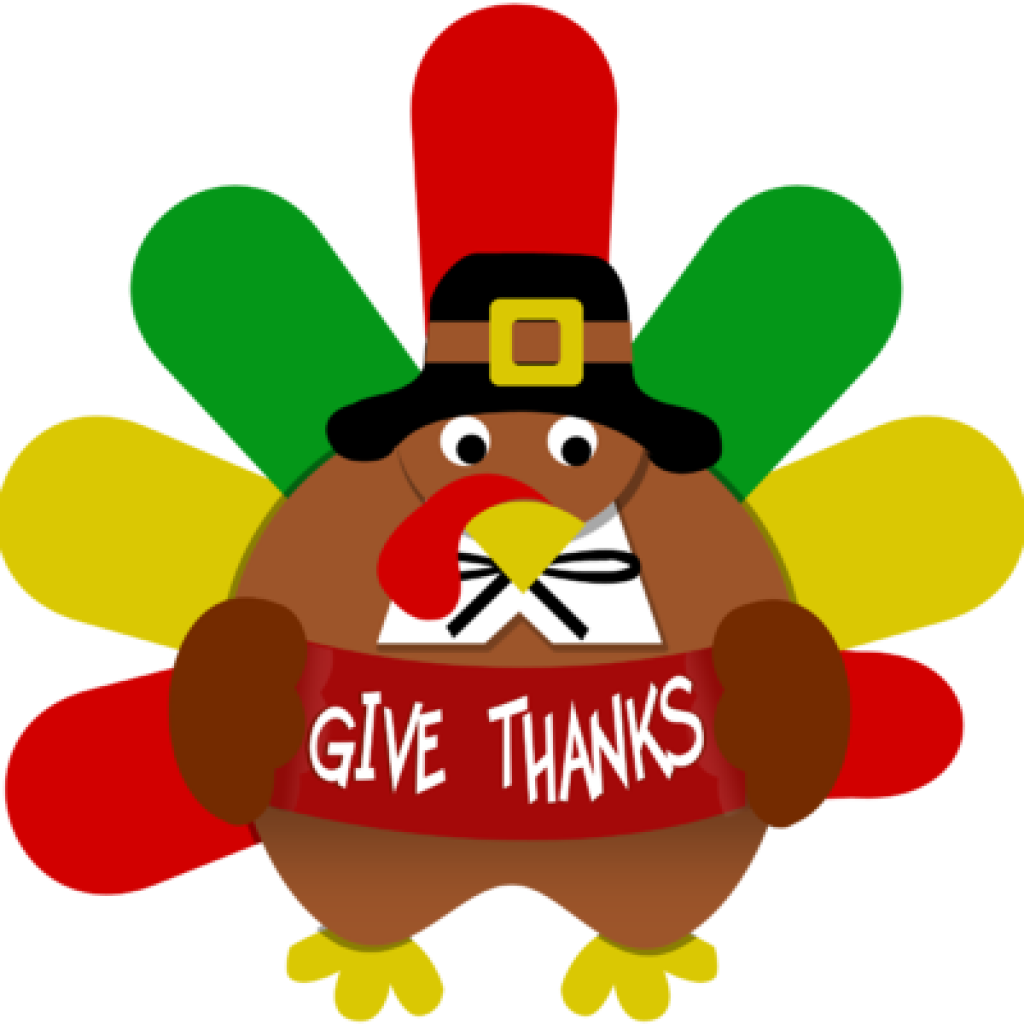 And all those phantom fears lurking ‘neath our beds in the dark of night,

Happy All Hallows Eve from 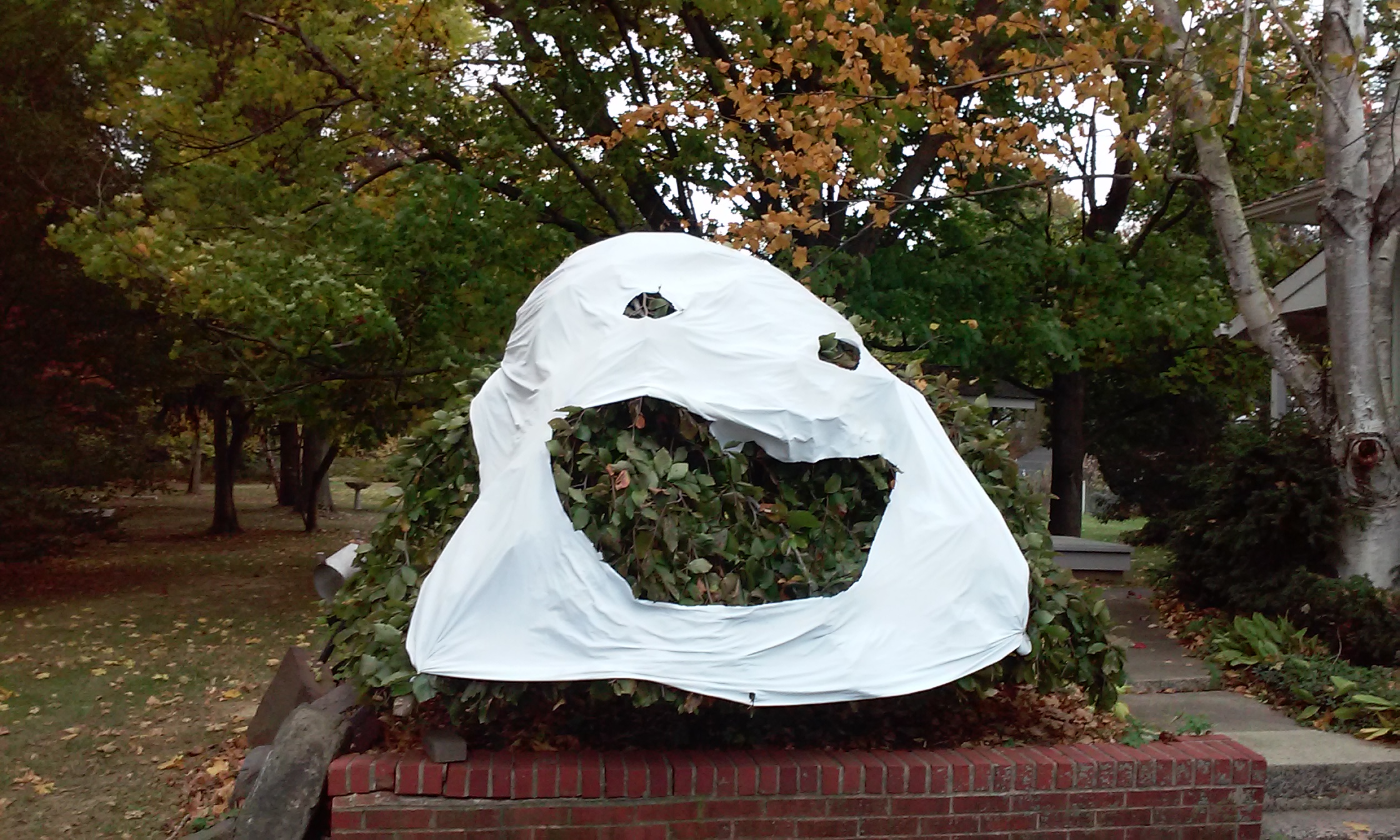 Recently, America has replaced Humor with Hate as its emotion of choice.  We hate immigrants or those who hate immigrants.  We pour forth our ire on anyone who offends feminists, or those who loathe feminists. Every new word or deed sets our wrath on edge, and ignites our short fuse to a tirade against “the other side.”  With teeth clenched, we rant against a mindless virus – those setting up vaccines to fight the virus – and those not responding to the virus exactly as we know they should.  (You know, those irresponsible/paranoid idiots.)

Disrespect has blossomed from an occasional noun to a frequent, very active verb.  You’ve got to be ever on the watch against those who describe our race or one of those races we favor. They are most likely denigrating bigots – all of them.

And the media loves it.  They fuel our rage and titillate our hate with tales of president past or current – and we angry supporters, in turn, fuel their circulation numbers.  And when we lapse exhausted from disrespecting all of the above, we hunt in search of new targets worthy of our juggernauting enmity.

Now, I could give you my own rant about the danger of spewing venom within and without – how increase of destruction grows with what it feeds on, but you already know that.   The addictive quick high of rage crashes the spirit into ruin – you don’t need me to tell you.

So why revel in this Hades of Hate?  And no.  Don’t you dare tell me that the devil (in the guise of divisive media or politicians or plague) makes us do it.  Frankly, Scarlet, that just ain’t so.  Their acts and words may instinctively prick your spirit and even spark some brief anger, but the choice to harden your heart and carry the scowl of hostility on into the day…That is your choice alone to make – and dispense with.

And the good news?  More and more folks seem to be joining me in opting for humor.  When my wife inspired me to pen & publish the joke-laden “Vax Envy Fight Song” about the Covid-19 inoculation process, and when my second-wisest counselor, Carol, asked me to make a series of laughable quips about our current circumstances, all of you greeted them with refreshing enthusiasm.  And I will bet ten cents of my own money that America will rapidly turn the corner, nix the hate, and re-turn to our romance with humor.  So allow me to invite you all to join me in this joyful trend.  Set your search engine for something funny, some common, laughable point of humanity, and take it to heart.  Then share it with a friend and watch her smile.

Doctor, Doctor won’t you please save me first and get me to the front of the line? 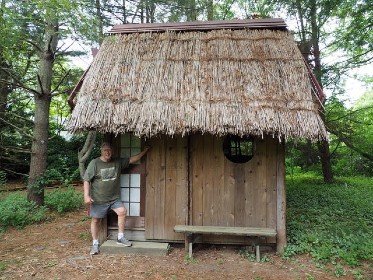 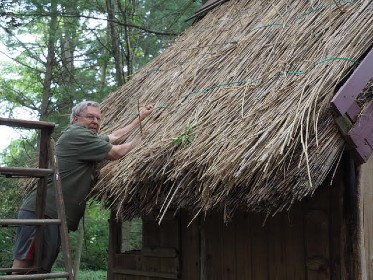 Twenty some years ago my wife Lorraine awoke and assured me that I was craving to build an authentic Japanese Teahouse in our back meadow.  So I did – and the original thatch has lasted a quarter century.  These pictures show the new bundles of thatch I scythed down, hauled up, and tied down onto the roof, with a lot of help from my buddy – Thanks Marvin.  Everyone should have a retreat, be it for solitude and/or contemplation with a few close friends.