It is a sad paradox that while all wars are evil tragedies, yet so many individual combatants enter into battle armed with the most altruistic and humane hopes. This past Monday, I heard the story of one such fallen soldier who grew up in the village of Orleans, MA on Cape Cod.
My wife Lorraine and I had joined the townspeople for a powerfully moving service of remembrance in the Orleans’ Veteran’s Park. The Mayor reminded us that, unlike Veterans Day which honors those who have served, Memorial Day pays tribute to those fallen service men and women who made the ultimate commitment and paid the ultimate sacrifice. An elderly Coast Guard officer told the story of Alan, one of Orleans’ three heroes who had died in service of their country.
After graduating from Orleans High School, with the 19 other members of the class of 1938, Alan went to work in town. (The class picture showed only 16 of the class, four being absent due to a regional epidemic of mumps.) Within days of President Roosevelt’s announcing the attack on Pearl Harbor, Alan enlisted in the Navy and rose to the rank of Radioman First Class. From his ship’s position the northern Atlantic, Alan would transmit vital information to Allied convoys. Two years later a German submarine log records sighting and firing three torpedoes at Alan’s ship. Two torpedoes hit midships, sending Alan and all his 245 crewmates to their death. (Exactly how the Coast Guard officer came up with the German log notation, I find fascinating.)
Alan wrote no grand philosophic or patriotic essays, but a few recalled memories from friends and sentences in letters marked Alan’s reasons for going off to war. Unlike the traditional soldier’s hope for plunder or glory, Alan had mentioned that he believed it was his personal responsibility to serve and to protect his nation. A simple belief of one young man, indicating a truly heroic devotion. The Orleans Fire Department Chaplain gave a final prayer urging us, as Abraham Lincoln did following the battle of Gettysburg, to remember these fallen and honor them by rededicating our own lives. Just thought I would share this with you.
– Bart Jackson 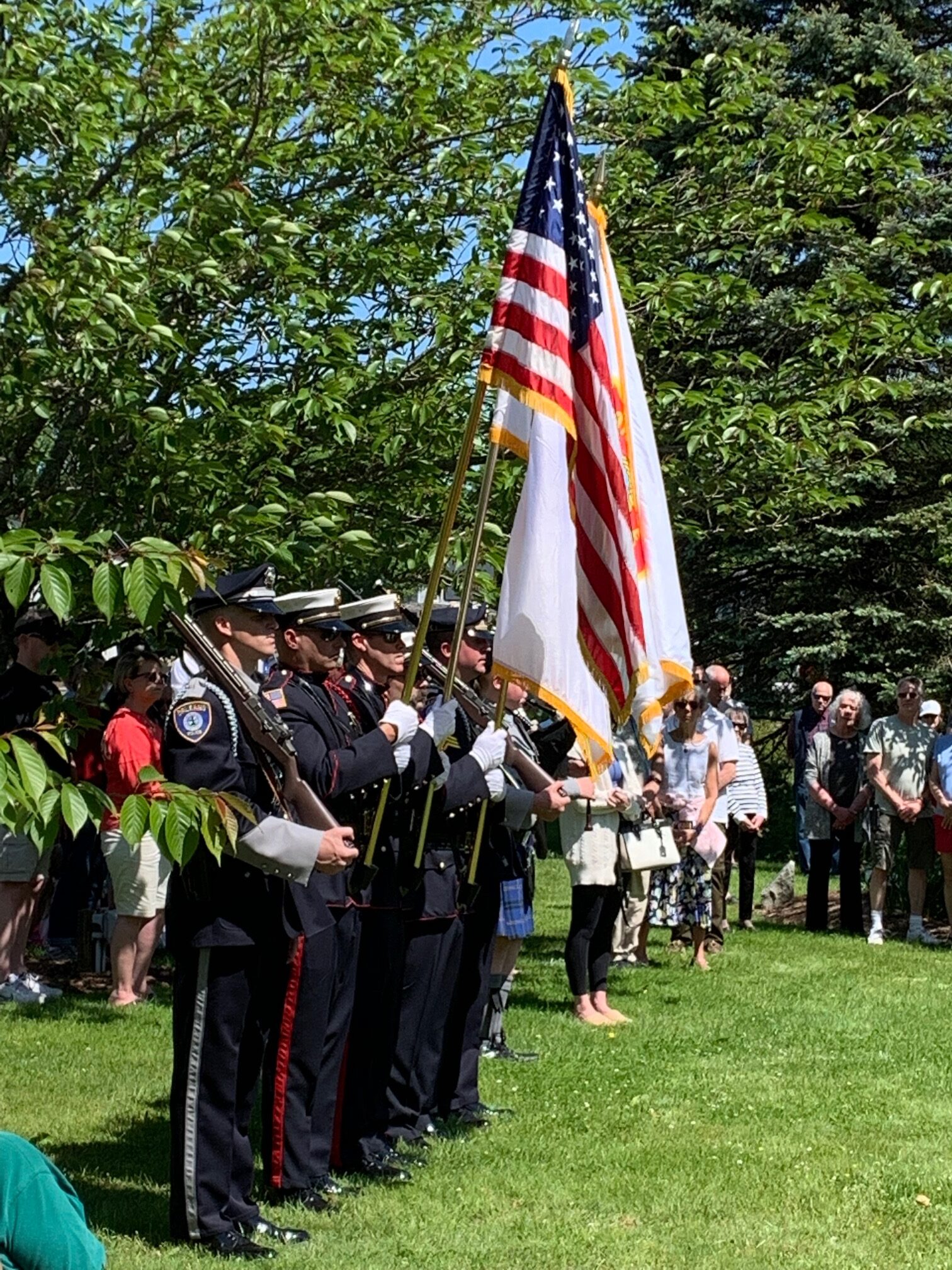