The queer thing about hope is that it lurks in the most unlikely places.  While our eyes desperately search spreadsheets and the corridors of power seeking for some sign that the coming year will be brighter, hope winks its smiling countenance in Sudanese war zones, Mumbai slums, storm-devastated cities, and in a cattle shed.

I have seen it.  Actually, not hope…but the real, practical, sweat-drenched signs – that make hope your most sensible bet.  This year, in our quest for new role models, we initiated the Prometheus Social Enterprise Awards and began searching for individuals whose inventive enterprises brought transformative benefit to our world.  We discovered them in surprising abundance.  They were all around us – heroic people ending conflict in Sudanese war zones, saving victims of human trafficking and bringing coteries of phone-connected safety to those in Mumbai slums.  We found individuals forming volunteer armies to help those suffering natural disasters, and those wanting to save our planet from human destruction.  The top global financial players are launching social improvement funds and investors are lining up to pour resources into them.  And so it flourishes.  The hopeful spirit, and the sheer number these social entrepreneurs overwhelmed us.

And based on the power of these individuals and the surges of heartfelt support I witnessed when we celebrated their achievements – well, I’ll bet ten cents of my own money that these enterprises will juggernaut and thrive beyond our most wished-for expectations.  Personal ambition may generate a warrior, but compassion builds armies.

In the reign of Caesar Augustus, Rome’s Emperor spent his days bloodletting his way to the top: destroying competing political rivals and holding military parades with subjugated rulers chained to his chariot.  More money was spent on gladiatorial combats (in which an average gladiator’s life expectancy was 10 fights) than on feeding Rome’s citizens.  Judea’s King Herod likewise schemed to slaughter all potential rivals and those daring to insult his mistresses.  The corridors of power and spreadsheet expenditures offered no more hope then than now.  And, to its shame, today’s media remains fixed to the venomous belief that the public are jackals insatiably feasting only on disaster, misfortune, and wrong-doing.

So this Christmastide, as the season of hope descends on us once again, please accept my fervent wish that you indeed find that spirit of hope which we all so vitally seek.  And, if you will accept the counsel of an old business pundit, perhaps you’ll have better luck in your search if you turn away from the broad, traditional avenues, (which have turned up empty since the Caesars) and head down some side pathway, advertised by a softer voice.  Or, you might even try building a little hope on your own.  If so, I’d love to hear about it.

Wishing you a jubilant holiday,

The Art of The CEO @artoftheceo
5 days ago
The Payback Legacy https://t.co/aWpPcB19YL #vr4smallbiz
View on Twitter
0
0

The Art of The CEO @artoftheceo
1 week ago
Unique BIrthday Wish found in my driveway! https://t.co/VVBnEYKap6
View on Twitter 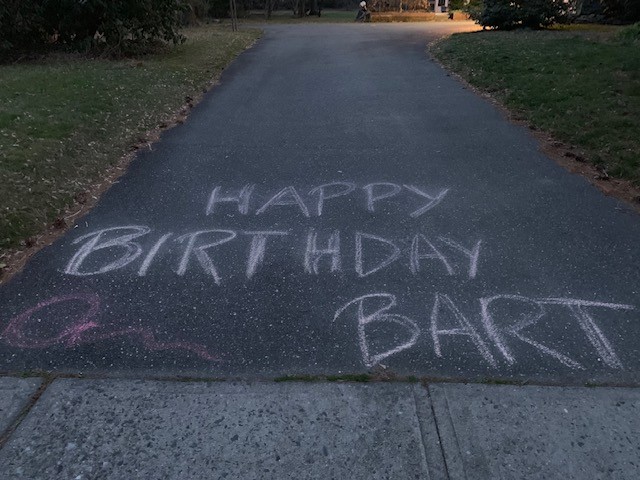 The Art of The CEO @artoftheceo
2 weeks ago
Media Menus https://t.co/ikNACB9XuK #vr4smallbiz
View on Twitter
0
0

The Art of The CEO @artoftheceo
3 weeks ago
Women + Men = Equality? My wife finally explained feminist equality to me: https://t.co/5N4f1QAWY9
View on Twitter
0
0

The Art of The CEO @artoftheceo
3 weeks ago
Women + Men = Equality? https://t.co/LJsM2nhTmj #vr4smallbiz
View on Twitter
0
0